“By giving people the power to share, we’re making the world more transparent.”

After a report today on CBS This Morning about a pair of toilets without a dividing privacy wall in a men’s room in one of the Olympic venues in Sochi, Russia, the pretty blonde sitting in for Norah O’Donnell mentioned there is no word for “privacy” in Russian (the only word that exists — “prajvesi” — is a borrowed word based on the English word for privacy). 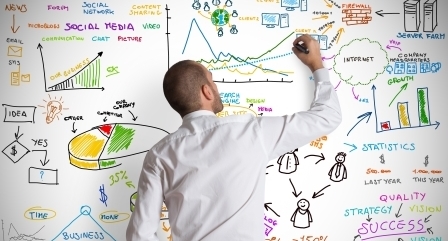 It struck a chord with me because of the recent cyber security scares invading the public consciousness. Unless one drops off the grid, one’s personal information is floating around everywhere.

The bottom line risks are greater nowadays because nefarious people have access to the information of millions more people, but the individual risk is not a whole lot greater than it was 50 years ago when Gladys Kravitz-types peeked through window draperies to watch the comings and goings of their neighbors (not catching the Gladys Kravitz reference? She was the nosy neighbor on Bewitched who was always getting Samantha in trouble).

We’ve never had iron-clad privacy. Envy, murder and gossip were addressed in the 10 Commandments thousands of years ago on Moses’ stone tablets.

Who is most likely to kill you? Your spouse or lover.

Who is most likely to abuse or abduct your child? Someone who knows your child.

Who is most likely to burglarize you? Someone you know who knows where your valuables are stashed.

Though evil people murder strangers, rape children, raid suburban houses and drain securities to untraceable accounts in Nigeria, even they probably didn’t get the goods on their victims from the internet. Their victims are probably just random choices.

Invasions of privacy are not big events, most often, but small ones.

Aunts and uncles in far-flung states read my blog regularly and know the strange dishes I’m cooking, the interesting people I meet and the weather in my neck of the woods. In another time, those aunts and uncles would live next door and know all those things about me anyway. Who cares if a few hundred other strangers know, too? It’s not all that valuable of information. I’m just not that interesting.

And neither are you.

The world is no more transparent than it ever was, Mark Zuckerberg — it’s just bigger.

Some people get all freaked out about Facebook, but just because one of your friends’ friends might now know you’re playing Candy Crush or ate stuffed pepper soup for supper, who cares? I hate those grammar-disaster messages from creepers that say “Hi wow you have a unique smile and beautiful.” (Beautiful what?) But the “delete” key is a pretty effective way to combat illiterate weirdos.

Have your read about the man who got a letter from Office Max with “Daughter Killed in Car Crash” in the address? That’s an example of an appalling lack of decorum and extremely poor marketing on the part of a company buying lists of names, but it’s not an invasion of privacy. The death of the man’s daughter was a public fact.

The U.S. Constitution has no express right to privacy. We get bent out of shape about our loss of privacy but 150 years ago, entire families lived in one room and peed in a chamber pot. A stranger two towns over didn’t know the books being read or vacations being taken or babies being born, but life was hardly private. Privacy was as foreign then as it is now in Russia.

Yes, you should have strong passwords and monitor your online finances.

Yes, you should review and be aware of your privacy settings on your social networks.

Yes, you pay attention to who your kids are interacting with online.

It’s worth being careful and prudent. And it’s worth reining in the powers of an overreaching government. But the state of privacy today isn’t worth mourning. We delude ourselves to think we ever had it.

This entry was posted in Uncategorized and tagged News, Politics, Privacy. Bookmark the permalink.